mech_rl was a prototype roguelike game written in C++ with OpenGL. Gameplay involved juggling between piloting a mechanical juggernaut and gathering fuel sources on foot with limited defenses. While piloting a mech, you had access to a huge armament and an array of melee options, but refueling meant leaving the safety of your mech and exploring a ruined world, devoid of other humans, but full of massive and hostile creatures. Abandoned complexes contained fuel containers that had to be carried back to the mech, unless you were lucky enough to find a forklift. 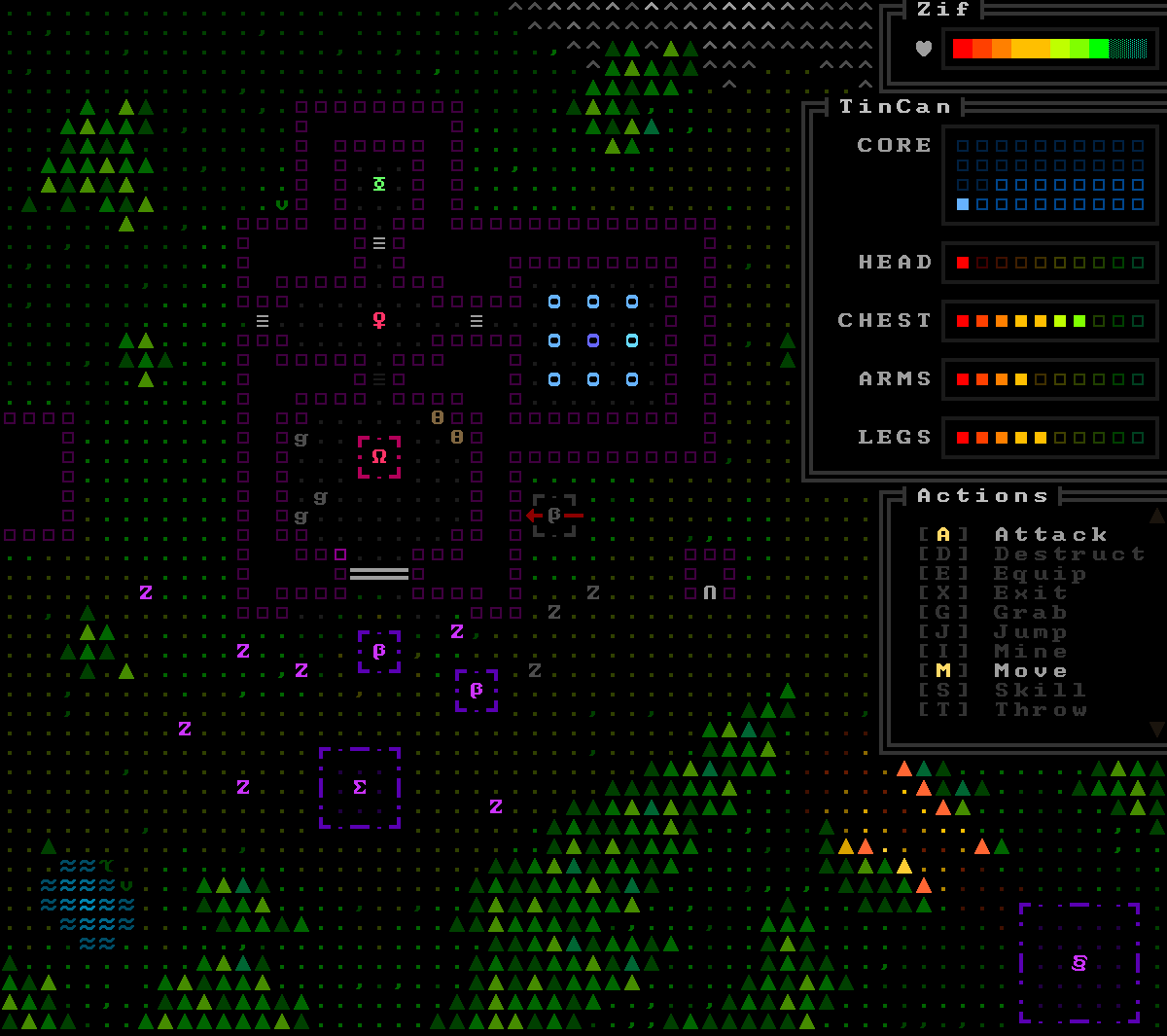