This dungeon generation library was inspired by a Reddit post by the developer of TinyKeep and an article on Gamasutra on a technique for procedurally generating dungeon maps.

It was fun to write, as the process was explained well by the authors but there were not many code examples. The technique used Delaunay triangulation to connect the rooms, and a minimal spanning tree to add loops, so I got to learn about and write code to implement those. I later added irregular shaped rooms.

I used ImGui to make a demo where the settings can be configured and the steps animated, but the entire thing runs very quickly. 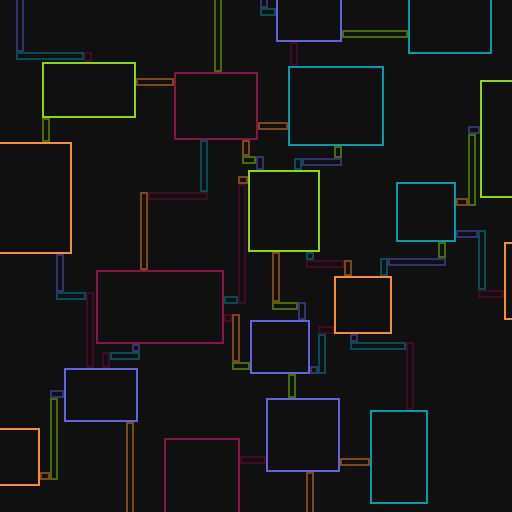 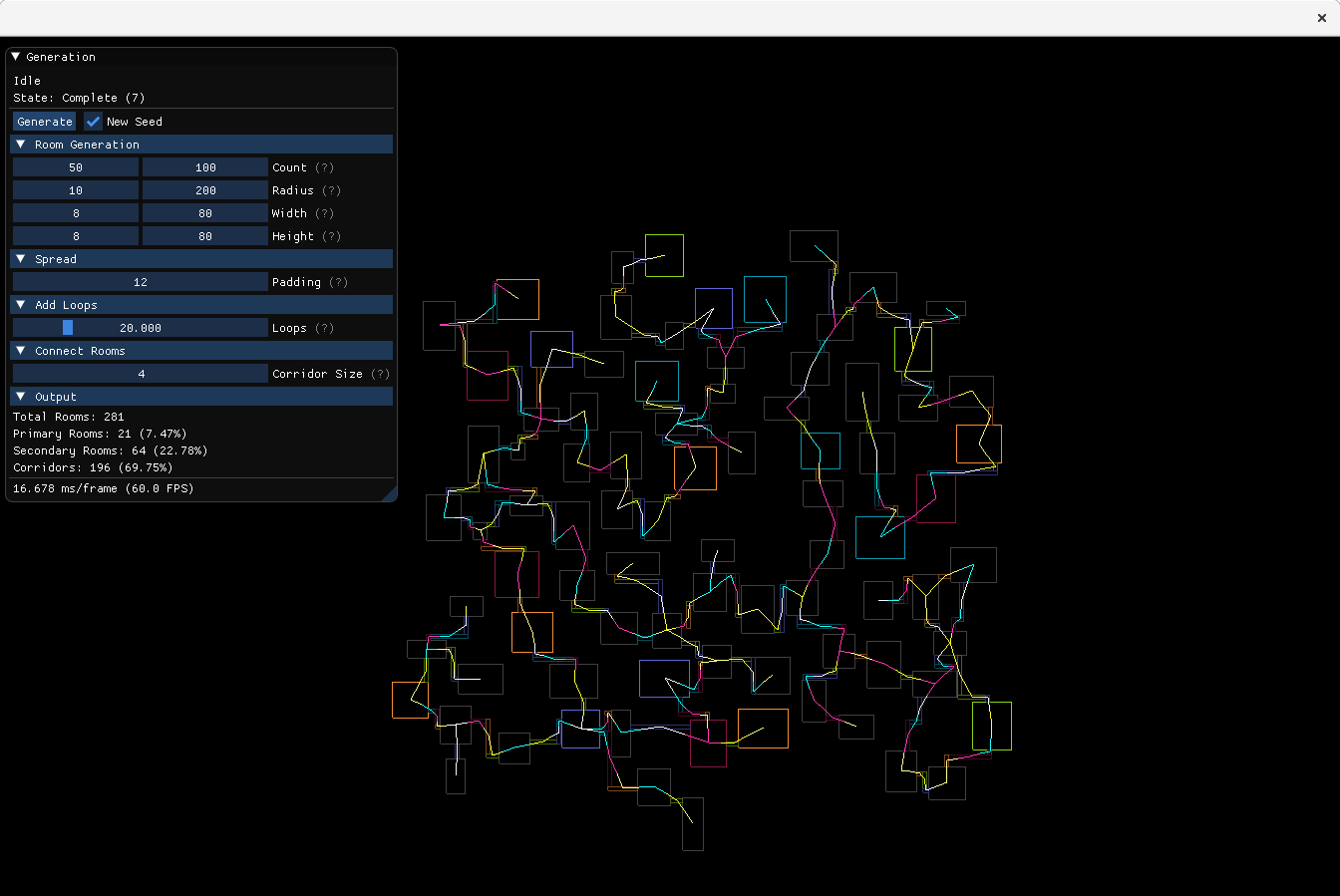 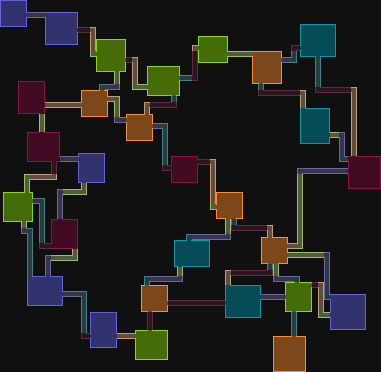 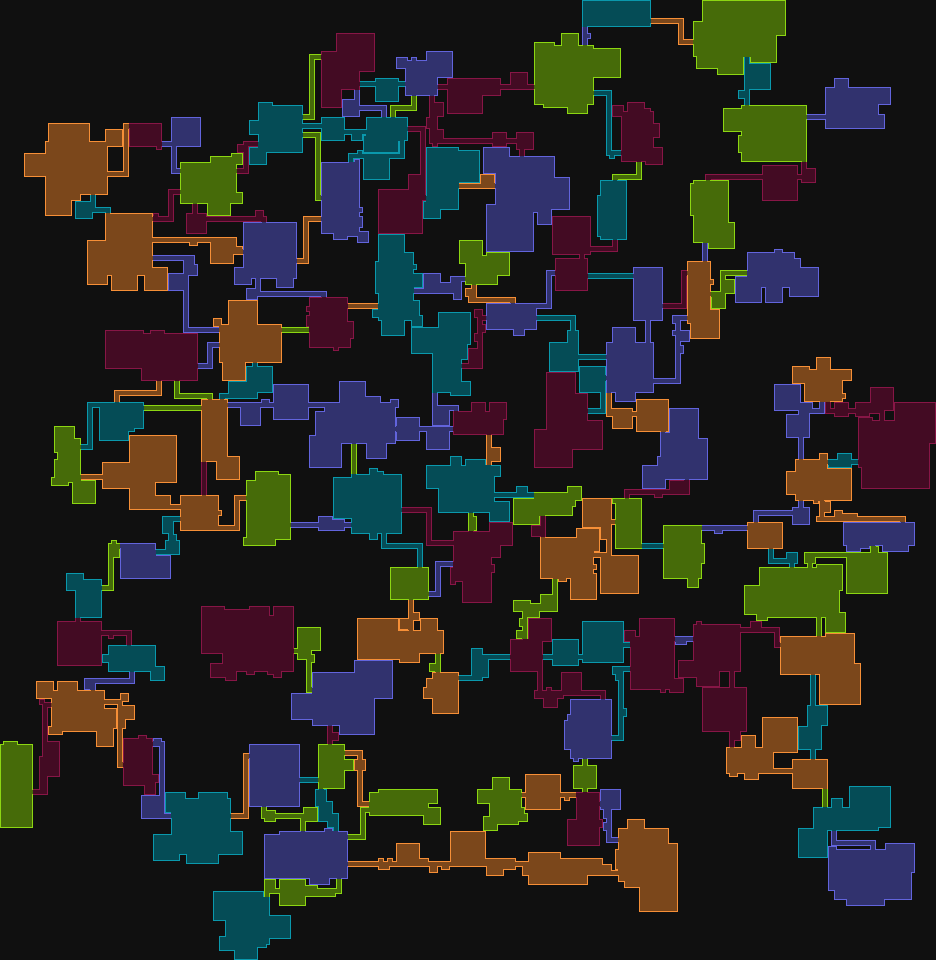