I put off replacing my dying TypeMatrix after the nine and zero keys became flaky. Then the copy, cut and paste shortcut keys started doing random things. Eventually the key to switch to Dvorak layout quit working and pressing other keys would cause antics from random characters to closing windows. It had a good run and I almost bought a second one, but they’re expensive so I looked at other options.

r/MechanicalKeyboards was a rabbit hole. Ergodox was a bit too expensive. Planck didn’t seem like enough keys for me. Drop had long wait times. Luckily, Markus Weimar wrote a nice and thorough guide which had similar goals to mine, and I ordered parts based on his recommendations.

The solderless design of the XD75 board was appealing and the keycount was generous enough that most of the TypeMatrix layout could be kept. I wanted nice colored keycaps, but searching for printed 1u DSA keycaps for every key in the layout and at a reasonable price turned into a time sink, so I settled on a bland gray set that was affordable and had most of the keys I wanted. The XD75 board and aluminum case took three months to arrive. The 1.55mm gaskets arrived quickly, but the 2.5mm package was held up due to a overseas shipping mix-up and those weren’t delivered until well after the keyboard was assembled. 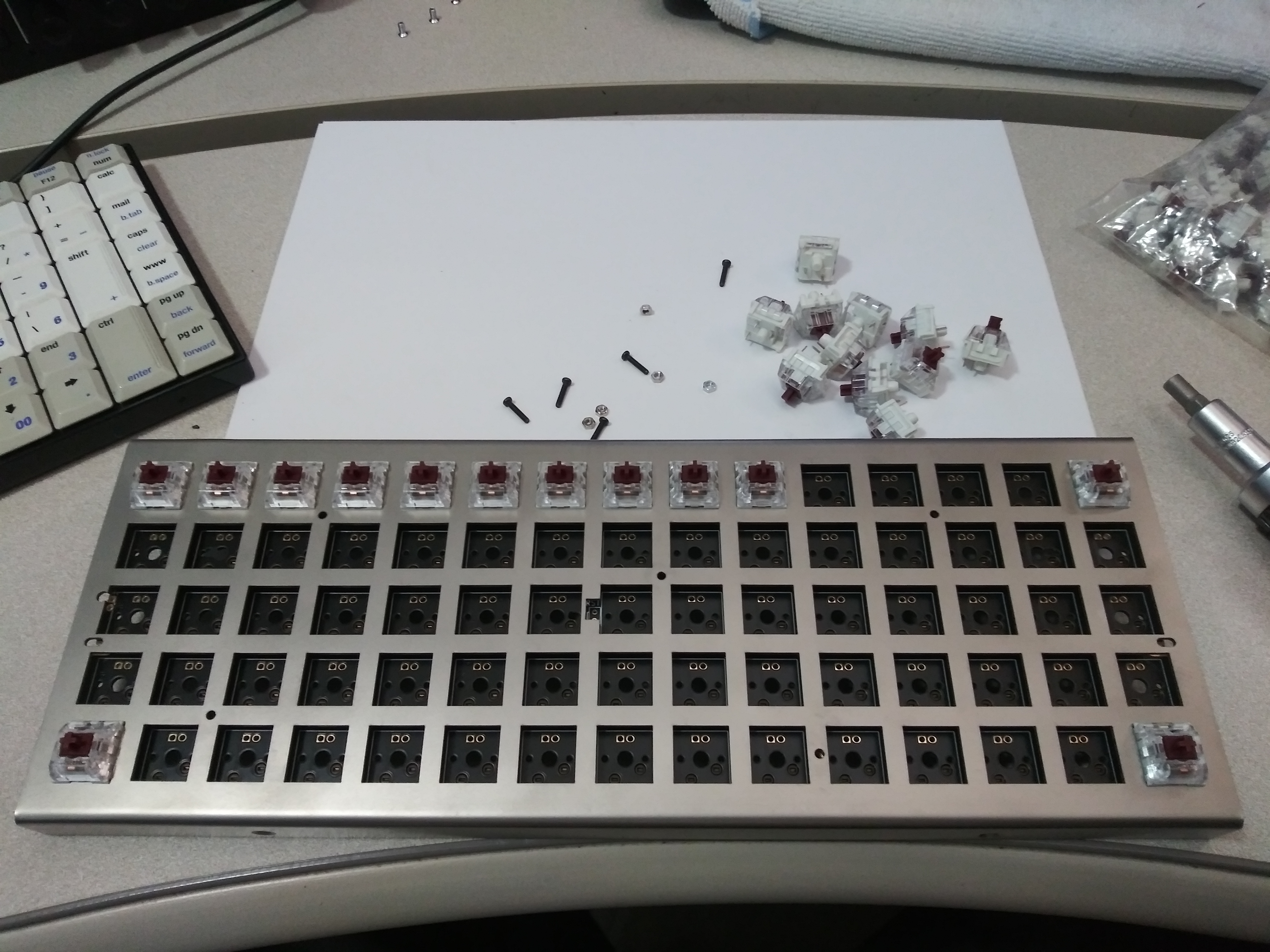 The Kailh Copper switches are quiet but the stainless steel case is loud. Some felt on the inside of the case reduced the noise but it’s still louder than I’d like. I used some clear vinyl bumpers from Home Depot to mark the home keys, which works fine but they don’t stay adhered for very long. QMK is amazing. It was easy to replicate the TypeMatrix’s cut, copy paste, and media shortcuts. Grave Escape saved a key. Later I added another layer and included the numpad so I could use Blender’s default viewport hotkeys.

Even after months of anticipation I avoided switching to the new keyboard. I could touch type pretty well on the TypeMatrix, and the new layout was jarring at first. Finally the old TypeMatrix became so erratic it had to be retired and I forced myself to use the XD75. The 1u spacebar keys were not the hurdle I expected. My typing speed wasn’t affected badly, nothing some Typing of the Dead couldn’t improve, but having keys like home and end in different spots threw me off for a while.