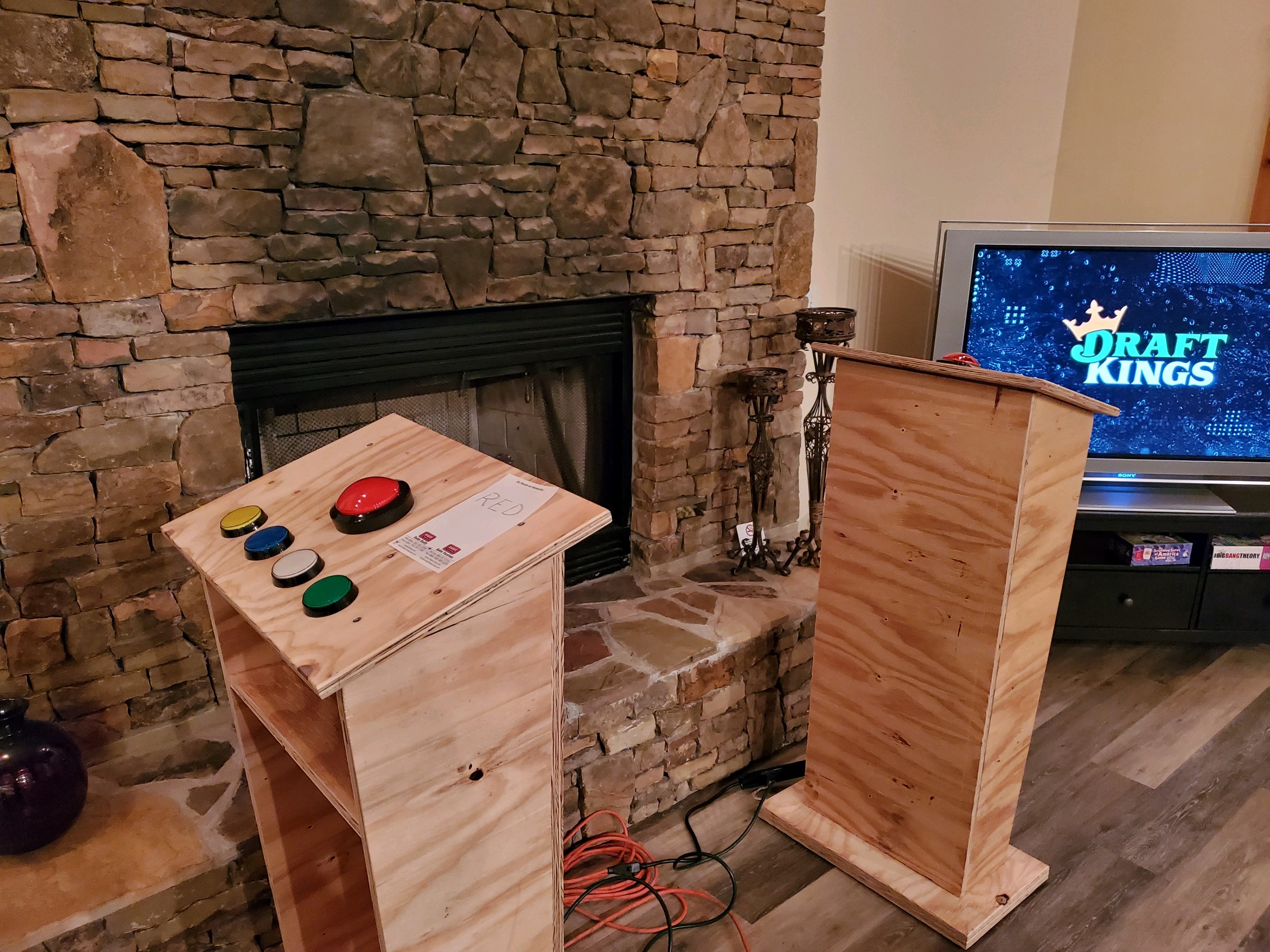 For a few years now, about a dozen of my friends and I have rented a cabin for a weekend in the winter. My friend likes to host trivia games and this time he wanted to build a set of podiums and a host box. He built the podiums and host box from wood with his fiance’s father and sourced all the parts. I worked on the electronics and the code. We started kind of late, so we only had a couple of weeks to get everything together, but it turned out well. 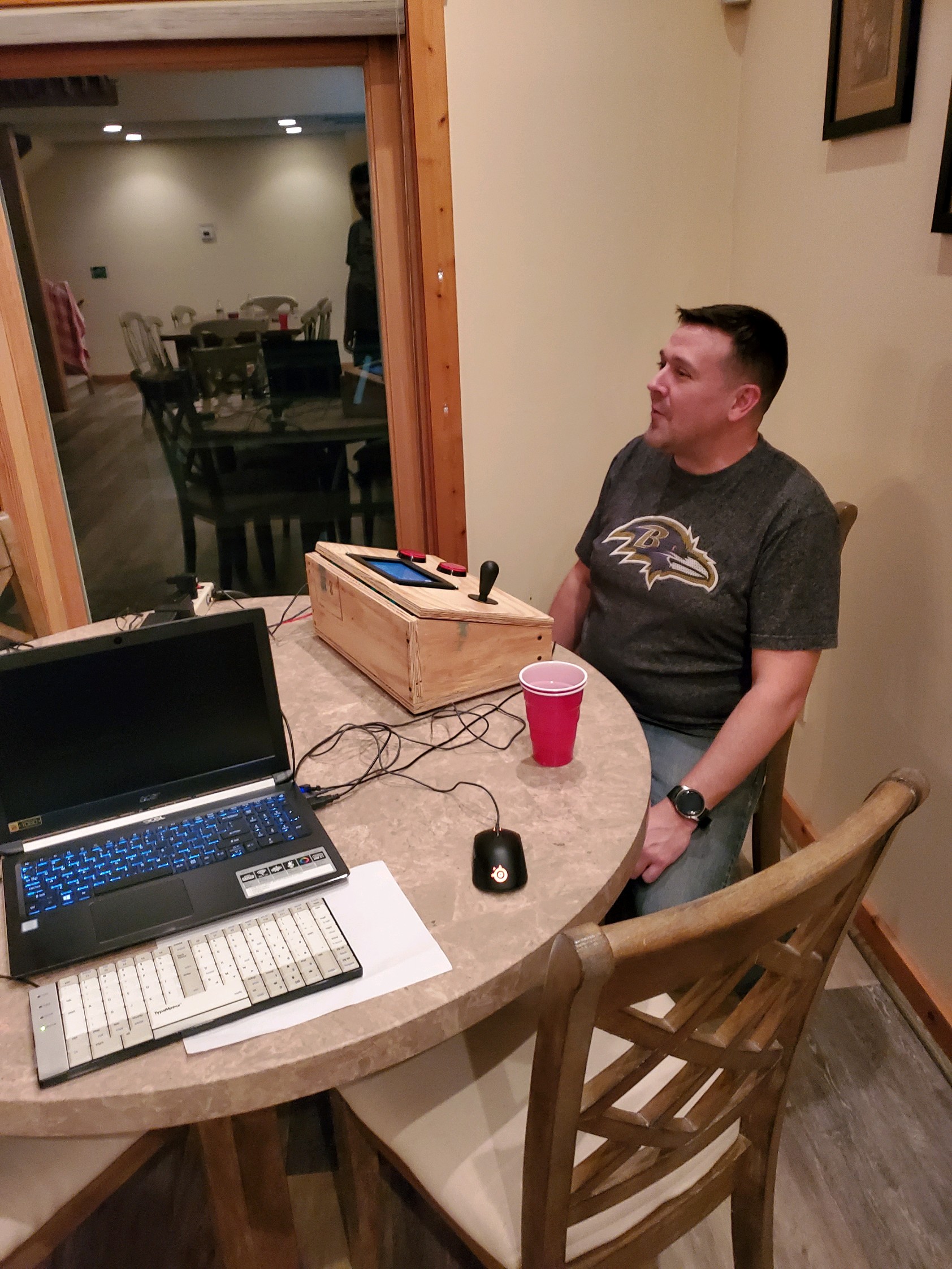 The game code was written in Python. Kivy was used for the host box GUI. Kivy was nice to work with and its KV language made designing each screen quick and easy. 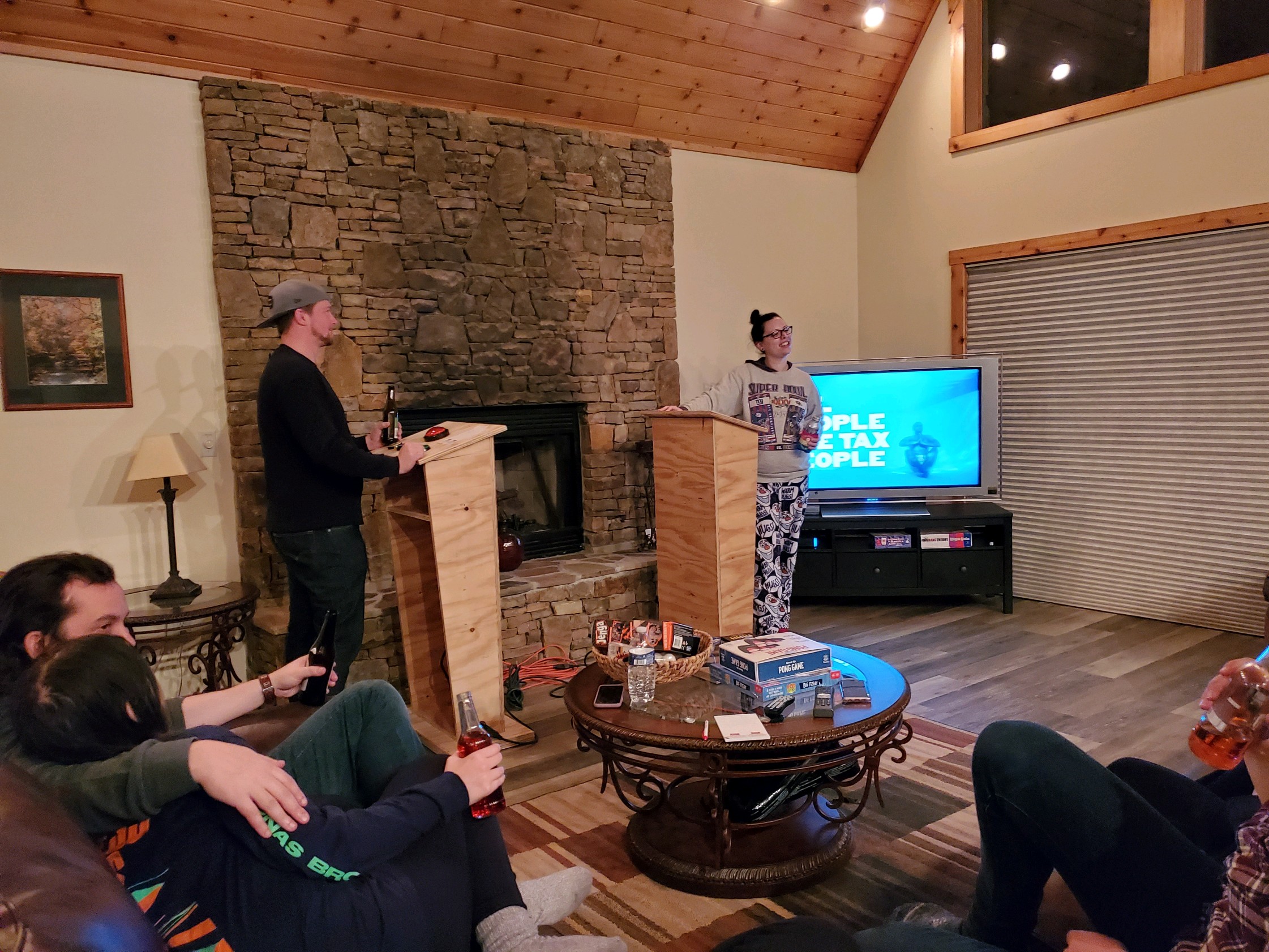 We used a Raspberry Pi 3 A+ for the host box and and two Zero Ws for the podium. Wifi was used for communication, to avoid people tripping over wires, but I would like to go back and replace the wireless setup with wires to improve button response. The button debouncing was handled in code, and it worked most of the time, but I’d like to try and replace that code with an actual circuit.