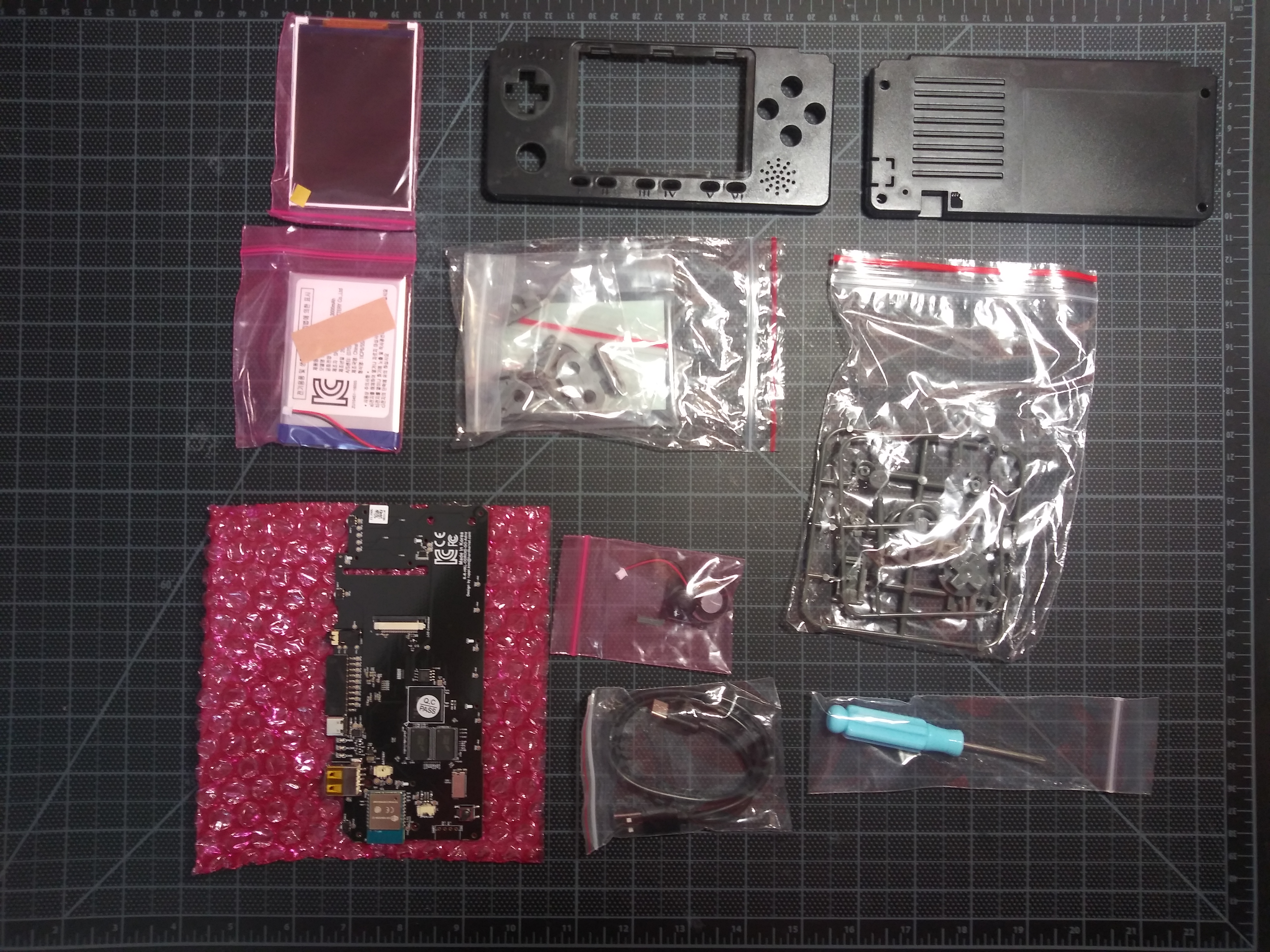 The ODROID-GO Advace was backordered when I ordered one from ameridroid back in January. Today it unexpectedly showed up with a tiny bag of gummi bears. ameriDroid sent the newer Black Edition revision at no additional cost.

I put off replacing my dying TypeMatrix after the nine and zero keys became flaky. Then the copy, cut and paste shortcut keys started doing random things. Eventually the key to switch to Dvorak layout quit working and pressing other keys would cause antics from random characters to closing windows. It had a good run and I almost bought a second one, but they’re expensive so I looked at other options.

The Korg NTS-1 synthesizer I preordered back in October was delivered today. I was looking forward to playing with it over break but its release date was pushed back several times. It finally arrived right at the start of the spring semester, so seriously learning how to operate the thing will have to wait until summer. I did have one night free to assemble and test the NTS-1 before classes took off.